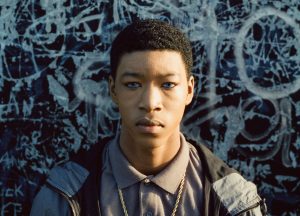 Black Sheep is an award-winning film from the Aesthetica Short Film Festival.

Directed by Ed Perkins, Black Sheep tells the story of Cornelius Walker, whose life changed the day Damilola Taylor was killed. Damilola was the same age as Cornelius and lived nearby. Both had Nigerian parents. Frightened for her son, Cornelius’s mother moved the family out of London. Cornelius found himself living on a white estate amongst racists. Instead of fighting them, Cornelius chose to become more like them. They accepted him, and in return Cornelius himself became involved in violence and hatred.

The screening will be followed by a panel discussion of hate crime in York.

Speakers to be confirmed.