free
What might York be able to learn from the Belgian city of Ghent?

On 3rd April 2017 the Belgian city of Ghent implemented a bold and controversial circulation plan, banning cars from the city centre, and limiting vehicle movement elsewhere. Overnight the city transformed and people had to re-think the way they moved around. In the three years after the circulation plan was put in place traffic accidents fell by a third, the number of cars dropped by one third, cycling increased by 60% and air quality improved significantly. Many people predicted that business would suffer, but in fact Ghent has seen a rise in start-ups and a decrease in vacant shops. And because the circulation plan simply repurposed existing roads, rather than building new infrastructure, it cost just €6 million to implement – approximately the same cost as building one mile of motorway. This short film illustrates how the circulation plan works.

York has much in common with Ghent, and like pre-2017 Ghent our city is choked by vehicle traffic every day. In December 2019 City of York Council passed a motion to ban non-essential car journeys into York’s city centre and reduce vehicle traffic across the rest of York by 2023. Could Ghentification be the solution to York’s traffic woes?

Join us to hear Filip Watteeuw, Deputy Mayor of Ghent and instigator of the circulation plan. We’ll be beaming him in, live from Ghent, to explain what motivated him to carry out such an audacious change, the opposition he faced, and how the city has fared since the plan has been in place. There will be opportunity to ask Filip questions afterwards.

We will be holding a short AGM meeting after the event, to which everyone is warmly invited. 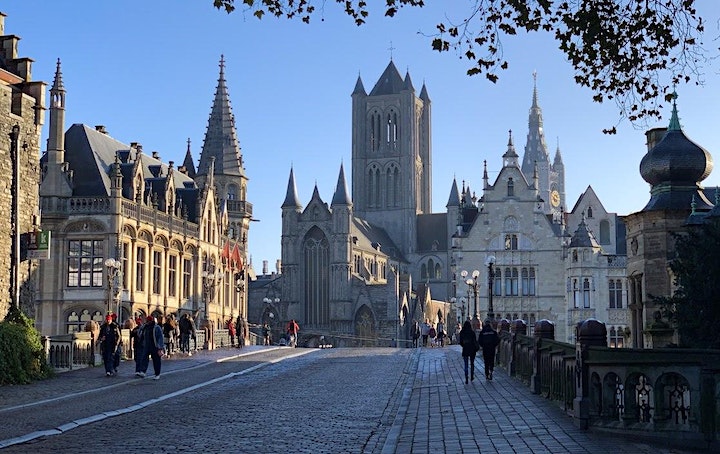