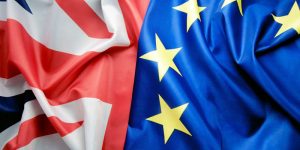 UK and European flag together

The UK’s withdrawal from the European Union took nearly a year longer to execute than was originally anticipated. The detail of the its future relationship with the EU is only now about to be negotiated. The fallout includes a seemingly broken Labour Party and the prospect of a constitutional clash between the UK and Scottish Governments. Prof Curtice will examine why Brexit has proven so difficult to resolve, the impact that it has had so far on the country’s politics, and the legacy that it yet might leave.

Professor Sir John Curtice is Professor of Politics at Strathclyde University in Glasgow, Scotland, and Senior Research Fellow, NatCen Social Research and the ESRC’s ‘The UK in a Changing Europe’ initiative. He has written extensively about voting behaviour in elections and referendums in the UK, as well as on British political and social attitudes more generally. He has been a co-editor of NatCen’s annual British Social Attitudes reports series for over twenty years, and is a regular contributor to British and international media coverage of politics in the UK.  Curtice is Chief Commentator at two websites, whatscotlandthinks.org and whatukthinks.org/eu, that provide a comprehensive collection of materials on public attitudes towards (i) how Scotland should be governed, and (ii) the UK’s relationship with the EU. He is a Fellow of the British Academy, the Royal Society of Edinburgh and the Academy of the Social Sciences and is an Honorary Fellow of the Royal Statistical Society.

© 2016 York Human Rights City Network
We use cookies to ensure that we give you the best experience on our website. If you continue to use this site we will assume that you are happy with it.OK