Populocracy: The tyranny of authenticity and the rise of populism 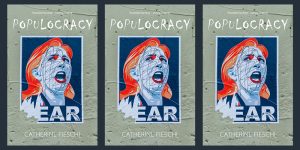 Please note that this event is being held on a different date from that previously advertised.

Populism, or the political ideology that pits the people against elites, has become a significant feature of mature democracies in the twenty-first century. The rise of populist parties on the right and the left, that appeal to a broad electorate – variously described as “disillusioned” or “left behind” – is proving a powerful and disruptive force. Commentators have been quick to explain the success of parties such as UKIP, France’s Front National, and the election of Donald Trump as the appeal of populism.

In this talk, Catherine Fieschi examines why populism and populist parties have become a fixture in our politics. Populism’s appeal is effective, Fieschi argues, because it has been able to turn some of democracy’s key strengths against it. It needs to be understood not just as a response to globalization, but as a consequence of the digital revolution on our political expectations. She shows how new dynamics unleashed by digital transformations have reshaped deeply-held political fantasies of radical transparency and authenticity, and how these have been harnessed by populism, enabling it to make unprecedented inroads into the political landscape.

Please note that this event is being held on a different date from that previously advertised.

Catherine Fieschi is the Director the new Global Policy Institute at Queen Mary University of London.  She is also Director of the London-based research group Counterpoint.  Prior to founding Counterpoint, Catherine led the London based think tank Demos.

Widely published in academia and beyond, her research focuses on populist movements and forms of contemporary mobilisation in Europe and across developed economies. Catherine’s most recent book is Populocracy: The Tyranny of Authenticity and the Rise of European Populism (Agenda, 2019) and she is a regular contributor to press, radio and television debates. A longstanding adviser to European political leaders and campaigns, Catherine also advises business and political decision-makers around the world on new forms of political risk and the changing dynamics of popular mobilisation.  She holds a PhD in Comparative Political Science from McGill University.