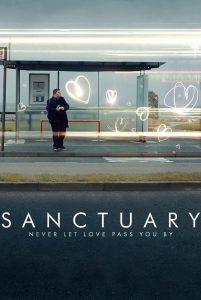 As part of the YORights festival, which celebrates the 70th anniversary of the Universal Declaration of Human Rights, we are delighted to invite you to a special screening of the critically-acclaimed Sanctuary. Described by film critic Mark Kermode as “honest and heartfelt, performed with vitality and vigour”, Sanctuary tells the heart-warming story of two young people with disabilities, who want to be together, but live in a world that wants to keep them apart.

The film will be followed by an audience Q&A with director Len Collin, a prominent disability rights advocate.

UCHR Article 16 (the right to marriage), Article 2 (freedom from discrimination)

The screening takes place at the John Cooper Studio Theatre, 41 Monkgate. Admission with a pre-ordered eTicket is free. Please register for your ticket and bring it to the screening in either printed format or on a digital device.