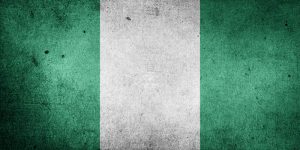 In 2005, Nigerian civil society started mobilising citizens to fight against the exorbitant costs of living that were a result of a government decision to tax basic necessities. After having arrested and held civil society movement leaders for over a week, the government agreed to release them and also to engage in negotiations to abandon the unpopular tax measures. It was during these negotiations that civil society activists realised that Niger draws less than 5% of its revenues from uranium – exploited by the French mining giant Areva (now called ORANO) – but it accounted for 70% of its exports. This led to the creation of a network called ROTAB (Reseau des organisations pour la transparence et l’analyse budgetaire) campaigning for a revision of the mining code in 2006.

The new mining code allocates 15% of the mining revenues back to the affected communities and led to an increase in mining royalty from 5% to 9% to 12% depending on production volumes. It was however only in 2014 that the government obliged AREVA to comply with the new mining code after several demonstrations (including during a visit from the then French president Hollande) and the arrest of one of the key civil society leaders, Ali Idrissa.

By the end of 2017, a new financial law emerged. Civil society had begun to advocate against the law with Nigerien authorities to renounce the law’s anti-social measures and to abandon the tax incentives granted to multinationals. Despite these attempts the law was adopted and as a response civil society activists organised days of citizen’s action which resulted in the imprisonment of several civil society leaders for 4, 6 and 20 months respectively. Nigerien civil society continues its fight for a just and equitable Niger to this day.

In this talk Ali Idrissa, currently visiting fellow at the Centre for Applied Human Rights, University of York, addresses the multiple challenges civil society activists face when challenging multinational corporations engaged in extractive industries such as uranium mining, and talks of what the future will hold for Niger and its civil society.

Ali Idrissa is the founder of the organisation Réseau des organisations pour la transparence et l’analyse budgétaire (ROTAB) in Niger. He has actively participated in the implementation of the Extractive Industries Transparency Initiative (EITI) in Niger, ensuring its implementation at national, regional and international levels. He is a member of the international Board of Directors of EITI as a representative of African civil society, and member of the Africa Steering Committee. He is also a member of the Board of Directors of Publish What Your Pay (PWYP) International. In 2012 Mr Idrissa founded Radio and Television Station Labari with the aim to increase awareness and civic engagement among citizens of Niger.