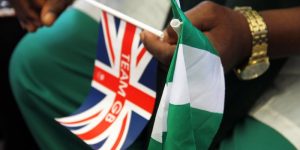 Workshop: Africa Beyond Brexit: Ideas and Practices of Postcolonial Engagement in a changing Global Order

A one-day workshop, organised by the Department of Politics and the Interdisciplinary Global Development Centre (IGDC), at the University of York on Tuesday, 10 December 2019.

This workshop aims to bring together scholars, practitioners and experts to discuss in concrete and specific terms changing ideas and practices of British engagement with Africa in the context of Brexit and a shifting global order.

In particular, it aims to generate shared understanding of continuity and change in British relations with key African states such as – but not limited to – Kenya, Nigeria, South Africa, Zambia and Zimbabwe.

The campaign for Brexit and struggles around its implementation have brought ideas of postcolonial engagement to the centre of discussions of British foreign policy. These range from the notion that Britain’s accession to the European Union represented a ‘betrayal’ of the Commonwealth, to suggestions that Brexit represents an opportunity to reinvigorate ties with this group. As home to 18 of 53 Commonwealth states, Africa is both central to these narratives and in some cases marginalised and silenced by them.

In this context, notions of ‘Africa’ in Brexit debates appear to serve a distinct purpose in helping to articulate a wider understanding of Britain’s place in the world. For their part, many African governments hope that the delinking of the UK from the EU will offer opportunities to shift their relationship with London – through pursuing reconfigured trading relationships, increased investment and greater collaboration in areas of common interest.

These changes are playing out in the context of wider shifts in the configuration of global power, in which past imperial ties are seen by some as an important foothold for Britain’s continuing global influence.

What this means for practices of British engagement with Africa – and experiences of and responses to this engagement on the part of African regions, states and non-state actors – remain open and under-researched questions. This workshop represents an initial attempt to think through and develop a research agenda on these topics. Specifically, its aim is to explore the place of Africa in understandings of Britain’s role in the world in the context of Brexit and a changing global order; and to consider how these are reflected in practices of and responses to British engagement with Africa.

The University of York will be taking photographs during the event and/or so that we can use your image in promotional material. The purpose of this promotional material is to provide information about our university, our research and our programmes of study to audiences that may include potential or current home and international students , their parents, members of the public, policy-makers, funders and other stakeholders.

Your image may be used in printed media produced by the University of York and/or other stakeholders, such as prospectuses, guides, training products, magazines and newspapers. It may also be used online, on websites hosted by the University of York and other organisations. Your image may also be used around campus, for example on information screens or on hoardings.

If you do not wish to appear in any images please contact igdc@york.ac.uk ahead of the event.